A Rough Guide to Climate and Festival Seasons It’s impossible to picture India without the country’s iconic annual festivals. There are many colorful art and dance festivals across the land. Whatever the festival, Indians are very inclusive and will welcome you to join them and be... Mehrangarh Fort (Sun-Fort) in Jodhpur, Rajasthan is one of the most magnificent and largest forts in India. Rising perpendicularly from a rocky hill about 410 ft above the city, it is enclosed by imposing thick walls. It was built around 1460. Inside its expansive grounds, it has seven gates, a museum, the Chamunda Mataji temple and the Rao Jodha Desert Rock Park. It also contains several brilliantly crafted and decorated palaces including Moti Mahal (Pearl Palace), Phool Mahal (Flower Palace), Sheesha Mahal (Mirror Palace), Sileh Khana and Daulat Khana. Periyar wildlife sanctuary is South India’s most popular wildlife sanctuary and it’s highest peak reaches 6,624 ft high. Periyar is near Thekkady and covers an area of 357 sq miles. The topography consists of steep and rolling hills which are thickly wooded. The sanctuary surrounds the man-made Periyar Lake, created by the British in 1895. It is the major watershed of two important rivers of Kerala, the Periyar and the Pamba. Sikkim state is a hidden gem of eastern India at the foothill of East Himalayas.  Lesser known by western travelers, this region offers spectacular views of the majestic Himalayas, waterfalls and unique native plants and flora.  Many villages still retain their traditional way of life.  The ancient Buddhist monasteries here are destination pilgrims. Darjaeeling is a Himalayan hill station and a summer resort for the British Raj elite.  The British introduced tea production in India in the 19th century using seeds imported from China.  By 1870s there were 113 tea gardens (tea gardens and tea plantations are commonly used for tea growing estates). Darjeeling tea planters faced tough and isolated life in the remote tea gardens, their highlight was the weekly gathering at the planter’s club in town.  Take a walk along Chowrasta (the main square) then down the Mall to see the Planters’ Club that was founded in 1868. Tamil Nadu is a South Indian state.  It is famed for its Dravidian-style Hindu temples.  At the southern tip of the sub-continent is the city of Kanyakumari (formerly Cape Comorin) right on the intersection of the Arabian Sea, Bay of Bengal and Indian Ocean.  These seas brought explorers and traders from Europe and Far East, enriching the rulers of the Cholas, the Cheras and the Pandyas for centuries.

Tamil culture originated from the Dravidian peoples with additions from subsequent Tamil rulers as well as external influences from both Eastern and Western explorers.  In turn, Tamil culture has been exported to Sri Lanka, Malaysia, Singapore and across the globe.  Modern day explorers can savor a wide-range of Tamil culture encompassing music, dance, folk arts, martial arts, painting, sculpture, architecture and more! Kerala is an Indian state on the tropical Malabar Coast, with nearly 375 miles of Arabian Sea shoreline. It’s well known for its palm-lined beaches and backwaters (a network of canals). Inland are the Western Ghats, mountains whose slopes support tea, coffee and spice plantations as well as much wildlife.

Udaipur, ‘Venice of the East’ Udaipur retains the charm of old colonial times in India.  Often referred to as the ‘Venice of the East’, the lake city of Udaipur is known as a centre for performing arts and crafts.  Although its main palace is almost red in color, it is called the white city of Rajasthan (a large state in northwest India on the border with Pakistan).  The blue waters of its four lakes – Pichola, Fateh Sagar, Rang Sagar and Swaroop Sagar – reflect the green of the surrounding hills and the white color of its temples. 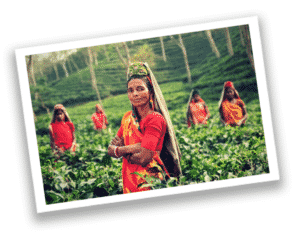 Planning for a trip to India often begins months in advance.  But once we are there in India regardless of being a returning expatriate or a tourist, it is a rushed and often haphazard affair shopping for gifts for family and friends in the USA.

India is famous for handicrafts and handloom goods, the varieties are dazzling.  But there is only limited baggage allowance that your gifts which have to share space with your own personal belongings.  If you happen to be like my husband who gets very confused while buying gifts, here are some ideas that are sure to please.

Continue reading
0
0
All, India
Next Page »